Wymondham Choral Society was formed in September 1980. We are affiliated to Making Music and aim to perform a wide range of choral works from early music to the present day. Our repertoire has ranged from 8th century plainchant to new compositions by one of our former accompanists, Anthony Joule. It includes Masses, oratorios, anthems, operatic choruses, part songs, madrigals and Christmas carols. 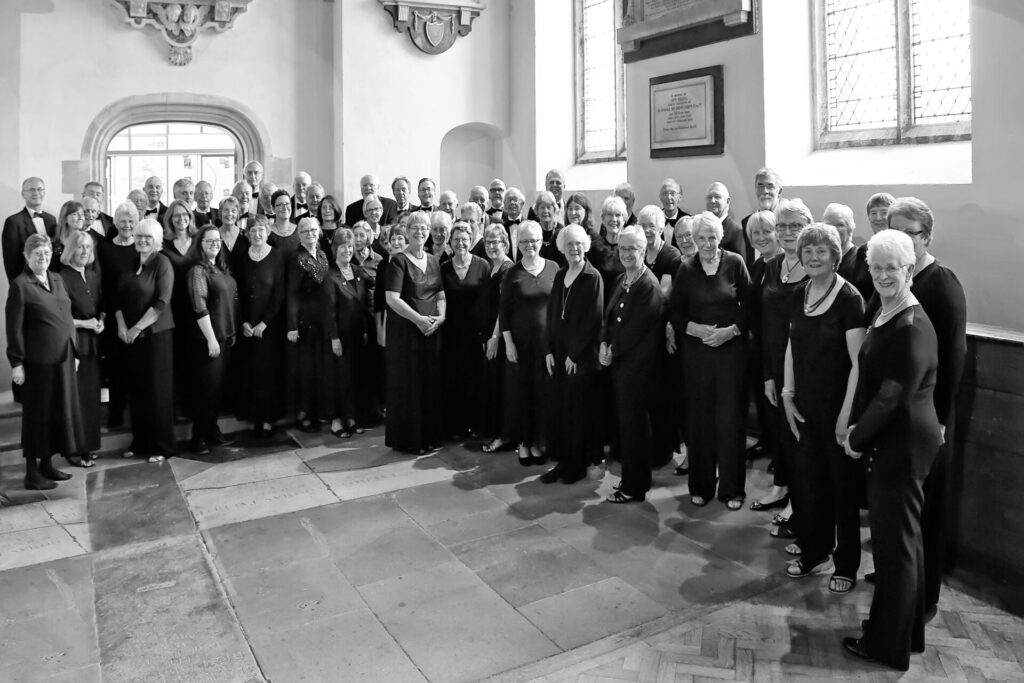 The Society attracts members from a wide area: from Norwich in the north to Watton in the west. We enjoy the privilege of singing in some of the area’s most beautiful churches, usually in Norwich, Wymondham Abbey and Attleborough. Concerts are performed to high musical standards with professional soloists and often with an orchestra. Our three major annual performances help raise money for charities chosen by our members.

There have been many outstanding concerts for the choir. The December concert in 2010 was a performance of Bach’s Christmas Oratorio Parts I-III for the Society’s thirtieth anniversary.  The choir has performed Brahms’ Requiem, Mozart’s Requiem and Rossini’s Petite Mass Solennelle in the fine St. Peter Mancroft church in Norwich.

The Amadeus Orchestra of London has joined the choir several times in the same beautiful church: in March 2010 performing Haydn’s The Seasons; in April 2011 for Dvorak’s Stabat Mater; and for Bach Cantata BWV 21 and Dvorak Mass in D in 2014. This talented orchestra of young musicians also joined the choir for an exhilarating performance of  Handel’s Alexander’s Feast in Wymondham Abbey in 2017. 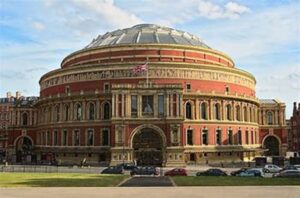 Many of our members sang in the “Scratch “ Celebration for Sir David Willcocks at the Royal Albert Hall in London in May 2011. We have also performed there in Jenkins’ The Armed Man and in Verdi, Brahms and Mozart Requiem concerts.

The choir was invited to sing in Cadogan Hall London on June 1st 2019 in a programme of  American music with The Vox Anima London Singers. Our part of the concert was conducted by James Meaders who supported our singers when they performed in New York.

Distinguished Concerts International New York City (DCINY) announced today that Liz Fletcher and the Wymondham Choral Society have been invited to participate in a performance of Brahms’ Requiem under the baton of Dr. Jonathan Griffith. This performance in Isaac Stern Auditorium at Carnegie Hall is planned to take place on Sunday, May 28, 2017 – Memorial Day Weekend. These outstanding musicians will join with other choristers to form the Distinguished Concerts Singers International, a choir of distinction. Dr. Jonathan Griffith will lead the performance and will serve as the clinician for the residency. 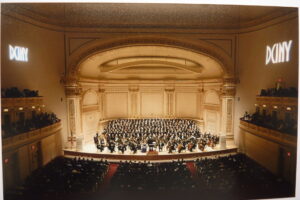 Why the invitation was extended:

Dr. Jonathan Griffith, Artistic Director and Principal Conductor for DCINY states: “The Wymondham Choral Society received this invitation because of the quality and high level of musicianship demonstrated by the singers as well the exceptional quality of their audition recording.”

“It is quite an honor just to be invited to perform in New York. These wonderful musicians not only represent a high quality of music and education, but they also become ambassadors for the entire community. This is an event of extreme pride for everybody and deserving of the community’s recognition and support.”

The singers will spend several days in New York City in preparation for their concert. Dr. Griffith wrote, “Not all of the time is spent in rehearsals, since there is so much history and culture to see in New York City. However, the performance is the primary purpose for their visit to the city.”

During the summer of 2007 he conducted his ensemble, the Jonathan Griffith Singers, in performances of Verdi’s Requiem at two historic venues in Italy—the Church of Santa Marie Sopra Minerva in Rome and the Cathedral Duomo in Pisa. He made his Carnegie Hall conducting debut in 1989. His 45+plus Carnegie Hall appearances include the U.S. premieres of BBC’s Planet Earth documentaries, and the Master Musicians of Joujouka and most recently was heard on television in The Last Enemy (Magnus Fiennes), The Passion (Debbie Wiseman), and Planet Earth (George Fenton). 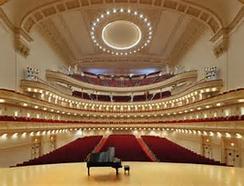 Founded by Iris Derke and Jonathan Griffith, Distinguished Concerts International New York (DCINY) is the leading producer of dynamically charged musical excellence. With its unforgettable concert experiences in renowned venues, empowering educational programs, and its global community of artists and audiences, DCINY changes lives through the power of performance.