Claire studied music at the Colchester Institute of Music in the 60s when the college music department was in its infancy, specialising in piano under the guidance of Alan Granville. She also studied singing, clarinet and violin to advanced standard. Trained as a music teacher at the Birmingham College of Education she teaches piano and singing, privately and in local schools, and is an experienced accompanist.

Conducting experience began with school and church choirs. As musical director of Allegro, a local choir, she conducted on annual trips to Europe, performing concerts in  “The Madeleine” in Paris, the Cathedral in Brussels and churches in Lille, Barcelona, Carcassonne, Santiago de Compostela and Amsterdam. She now directs a local choir, D’Capo, performing a very wide range of music for fund raising events throughout Norfolk.

Following several years with Wymondham Choral Society as their accompanist Claire was invited to become Musical Director in 2004. Under her direction the Choral Society has flourished. Works from the Baroque to contemporary period have been performed at near professional standard. Claire is keen to introduce new choral works to audiences.

The Choral Society has sung in Carnegie Hall, was invited to perform in London’s Cadogan Hall in 2019 and Leipzig Festival which unfortunately was cancelled due to the pandemic. This is the result of Claire’s inspiring musicianship. She is highly regarded. 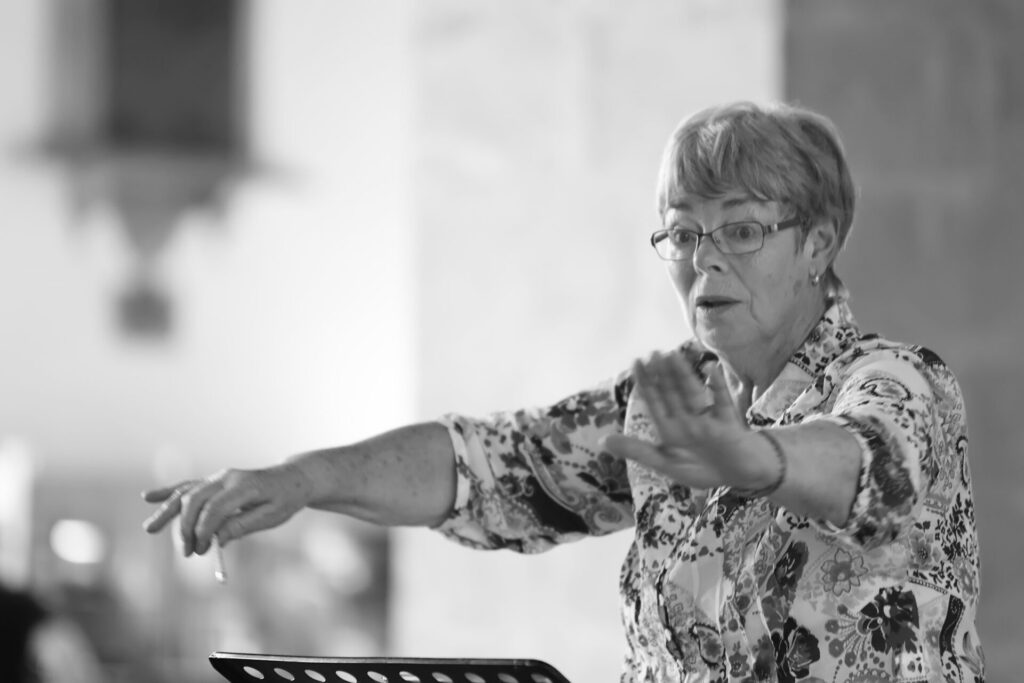